The course is led by Atisha Mathur and is open to both women and men.

For registration, email us at [email protected] 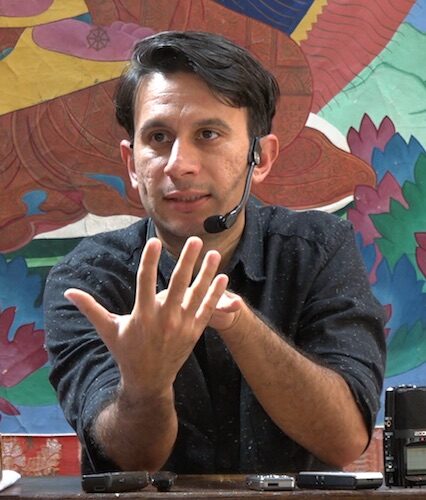 Atisha Mathur grew up in New Delhi where he completed his basic studies.

After this, he did his undergraduate degree in Languages and Literature of South Asia focused on Tibetan studies from the Orientale in Napoli in 2008.

He then studied for two years in the Central University of Tibetan Studies in Sarnath, Varanasi where he was first exposed to the traditional aprroach to Buddhist studies. Thanks to the kindness of his Teachers, a strong wish to pursue traditional studies resulted in moving to the Institute of Buddhist Dialectics in Dharamsala in 2010. He has completed six years of studying Prajnaparamita along with Pramana, and is currently in the third and final year of Madhyamika.